A Wild Call That May Not Be Denied

A Wild Call That May Not Be Denied

“I must go down to the seas again, for the call of the running tide
Is a wild call and a clear call that may not be denied…” 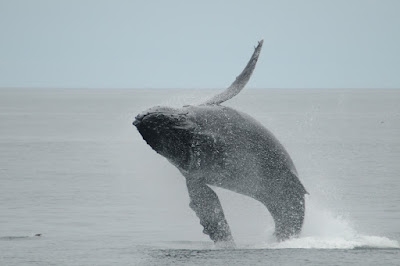 On Sunday I will be installed as “Minister for Blue Theology” at the La Selva Beach Community UCC church.  (All invited!)  Here’s part of my sermon, “God is Blue.  And Wet.”

The ocean calls, it beckons. I can almost hear it, just three blocks away.  If the waves were crashing with a high tide I probably could hear its call.  (Pick up my big conch shell).  Now I hear it.  It’s calling.  The ocean is always calling.  Night and day, it calls.  Just as the moon pulls the tides through space, we feel the ocean pulling us, calling us to its side.  Come.

John Masefield wrote those haunting words, “I must go down to the seas again….” in his poem “Ship Fever.”  He was a sailor and a poet (and English Poet Laureate from 1930 until his death in 1967.)

I know this poem from when I was a child.  I think my mother recited it to me, as she did so many, often at bedtime.  (“It was many and many a year ago, in a kingdom by the sea….”)

Deep calls to deep, says the psalm poet of the Bible.

The ocean has a voice, a presence, a power.  For Masefield it has a wild voice, lifting in him a longing that is like a fever, the ship fever that gives the poem its title.

“I must go down to the seas again, to the vagrant gypsy life,
To the gull's way and the whale's way, where the wind's like a whetted knife…”

My call to ocean ministry is not a vagrant gypsy life (I hope!)  but I will commit to following the gull’s way and the whale’s way, and of course God’s way.  It’s a wild call and a clear call that cannot be denied.

Posted by Deborah Streeter at 6:37 AM