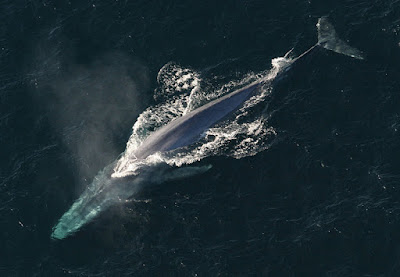 Recently my prayers have included way too many laments.  “How long, O Lord?”  Or as we phrase it for our visiting Blue Theology pilgrims, “This sucks!”  (Other prayers – Thanks, Help, I’m Sorry and Wow!)

Latest lament – the government’s plan to drill fatal holes in the Endangered Species Act.  That’s the metaphor Rabbi Daniel Swartz of the Coalition on the Environment and Jewish Life uses:

“The Endangered Species Act acts like a modern-day Noah’s Ark, protecting the last remaining animals and plants and the places that they live from total annihilation.  The Trump administration announced its intention on Monday to drill holes into the ark, threatening to sink the only thing keeping the planet’s most vulnerable wildlife from disappearing forever.”

The administration announced this week many serious changes to the original Act, which was passed in 1973 (Nixon administration) 355-4.  One that really makes me lament:

“The changes also inject economic consideration into what should be purely scientific decisions about protecting wildlife. If an oil company claims it will lose millions of dollars if it can’t drill in an imperiled species’ habitat, that consideration will now be given greater weight than the ultimate existence of that species.” (Rabbi Swartz)

Some good resources for religious responses to this latest attack on God’s creation:

“Briefly, there's the religious principle of "the integrity of creation," there's the ecological reality of God's inherently relational creation, and there's the old traditions of Judeo-Christian ethics which state our obligation to care for "the least of these" -- which includes livestock and wildlife.”

Pope Francis wrote (Laudato Si, 33), “Because of us, thousands of species will no longer give glory to God by their very existence, nor convey their message to us. We have no such right.”

Wondering what to do?  There’s no public comment period (more lament, how long until we return to following the rules?)  But you can write your congressperson in opposition and ask for them under the Congressional Review Act to disapprove a final rule issued by a federal agency.  But it must be done in 60 days!  https://environmental-action.webaction.org/ has a direct link.

After the flood God made a covenant with all of creation, not just humanity.  How long, O Lord, until we honor that covenant?
_____________
Bluetheology.com for info on our youth service trips and adult pilgrimages on ocean stewardship and spirituality along Monterey Bay.  We’ve seen turtles, whales, sharks – not yet a coelacanth!  I post these Blue Theology Tide-ings most Wednesdays here and at on Facebook.  Come and sea!

Posted by Deborah Streeter at 5:39 AM